This property at 31 South Mill Street , Hopkinton, MA01748 has listed by Kathleen  A.  McBride but has not been updated for quite some time. Please contact the listing agent and broker for up to date information. 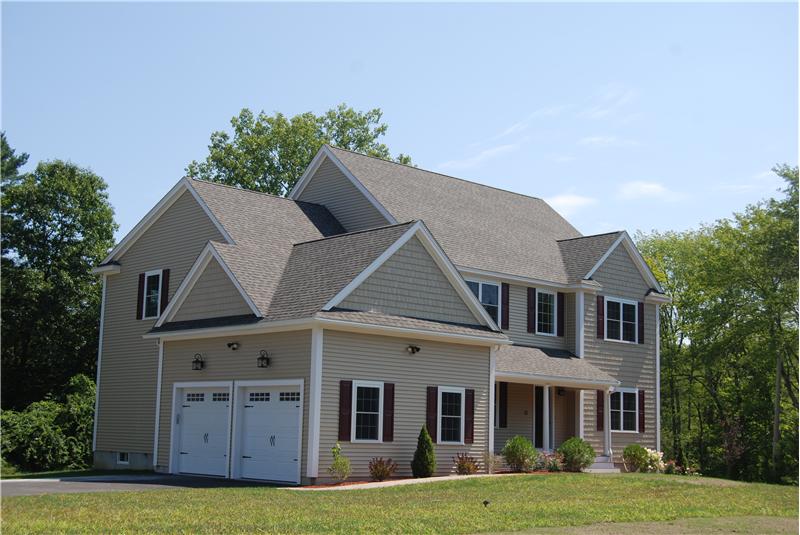 New construction on a beautiful country road in desirable Hopkinton. This home is up and can be ready in 60 days. Move in and enjoy the summer nestled on gorgeous lot with views of pond across the street and cranberry bogs behind the back yard. Quality construction with mahogany farmer's porch and many amenities including Bosch stainless appliances, hardoods, tile, central vac and granite. Gorgeous master bath with oversized tile shower. Home under construction is very similar to attached plans.

Hopkinton is a town in Middlesex County, Massachusetts, less than 30 miles west of Boston. The town is best known as the starting point of the Boston Marathon, held annually on Patriots' Day in April, and as the home of computer storage firm EMC Corporation. As of the 2010 census, the town had a population of 14,925. The US Census recognizes a village within the town known as Woodville, reporting a population of 2,550.

The town of Hopkinton was incorporated on December 13, 1715. Hopkinton was named for an early colonist of Connecticut, Edward Hopkins, who left a large sum of money to be invested in land in New England, the proceeds of which were to be used for the benefit of Harvard University. The trustees of Harvard purchased land from the Native American residents with money from the fund and incorporated the area, naming it in honor of its benefactor. Grain was the first production crop grown in the area, while fruit and dairy industries were developed later. Agriculture predominated until 1840 when the boot and shoe industries were introduced into the town. By 1850 eleven boot and shoe factories were established in Hopkinton. Fires in 1882 and the migration of those industries to other parts of the country eliminated these industries from Hopkinton.
There are 215 Hopkinton properties listed in the State Register of Historic Places. The majority, 187, are located within the Cedar Swamp Archaeological District in Hopkinton and Westborough. The properties are also listed in the National Register of Historic Places.
Twenty-three properties are included within the Hopkinton Center Historic District, a local historic district which comprises properties around the Town Common, on East Main St. and the south side of Main St. The district was expanded in 2000 to include the Town Hall and in 2001 to include Center School. The Hopkinton Supply Company Building on Main St., located slightly west of the district, is listed in the National Register of Historic Places. Former factory worker housing in the center of town, contrasted against the more rural areas surrounding it, are visual reminders of Hopkinton’s past.

In 2005 the town established a second historic district in the village of Woodville. Ninety-seven properties are included within this district. The village of Woodville has retained its distinctive village atmosphere and strong architectural connection to Hopkinton’s industrial development and growth from the mid-to-late 19th century. The area was an early cotton clothmaking center and the site of a major shoe factory. When Boston seized Lake Whitehall for its water supply in 1894, the factories along its shores were closed or moved to other sites, as they were considered sources of pollution. Remaining factories and other buildings were destroyed in a fire in 1909. In the 18th century, it was an agricultural area with a few farms scattered north of the much smaller Lake Whitehall and its accompanying cedar swamp, and was the site of a grist mill on Whitehall Brook as early as 1714.
Within or near the Miscoe-Warren-Whitehall Watersheds ACEC (Area of Critical Environmental Concern), remains of large pits have been found. The pits were lined with bark by the native Americans and used to store corn over the winter months.

At one time, it was believed that the waters flowing from the large swamp south of Pond St., under Pond St. and into Lake Whitehall contained magical healing powers. As a result, the area quickly was built up as a resort area. Visitors came by stagecoach to the Hopkinton Hotel, which was located between Pond St. and the lake. The mineral baths and their powers lured the visitors to the area. The baths can still be viewed by the edge of the stream that drains from the swamp. Within the ACEC area are also two beehive shaped stone structures, about 6 feet (1.8 m) tall. Their origin and use are unknown.

Hopkinton gains national attention once a year in April as it hosts the start of the Boston Marathon, a role the town has enjoyed since 1924. The town takes pride in its hospitality as runners from all over the world gather in Hopkinton to begin the 26.2-mile (42.2 km) run to Boston.

The Town of Hopkinton has a public school system which serves students from pre-kindergarten through twelfth grade. The Hopkinton Public Schools maintains a district website with a subpage for each Hopkinton
school. Kindergarten students and first-graders attend the Center School,
located on Ash Street. Grades 2 and 3 attend Elmwood School. Grades 4 and 5 attend Hopkins School. Grades 6 through 8 attend Hopkinton Middle School.

Grades 9 through 12 attend Hopkinton High School. The town also has an
integrated preschool currently located in the Middle School building. It has
been a long-time goal of the school administration and school committee to move to longer elementary school grade-spans, such as Grades K-5 or Grades 1-5 in the same building. Residents heartily supported moving to the Neighborhood Elementary School model in the 2009 Hopkinton Public Schools Strategic Plan.
Hopkinton offered a fee-based full-day kindergarten option for the first time during the 2010-11 School year. Due to space constraints at Center School, full-day kindergarten is offered by lottery and most students attend half-day kindergarten only. Hopkinton Public Schools does not offer any foreign language education before Grade 7.