This property at 1800 So. Ocean Drive1002 , Hallandale Beach, FL33009 has listed by Mott  Marvin  Kornicki but has not been updated for quite some time. Please contact the listing agent and broker for up to date information. 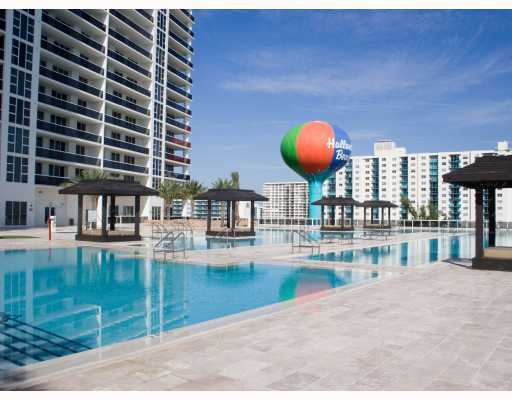 Hallandale Beach is a city in Broward County, Florida, United States. The city is named after Luther Halland, a worker for Henry Flagler's Florida East Coast Railroad. As of the 2010 census, the population was 37,113. It is part of the South Florida metropolitan area, which was home to 5,564,635 people at the 2010 census.

The city is known as the home of Gulfstream Park (racing and casino) and Mardi Gras Casino greyhound racing track, which hosts the World Classic. It also has a sizable financial district, with offices for a number of banks and brokerage houses. Sometimes referred to in jest as the "southernmost Canadian city," Hallandale Beach has been a popular vacation destination for decades, and many of the tourists come from Quebec and the Northeastern United States; a significant number of these tourists eventually retire to the area.

Hallandale Beach, like most of Broward County, had no permanent European-descended population until the end of the 19th century. Native Americans (Seminole Indians), in settlements that lay inland of the Atlantic shore, hunted in the area and gathered coontie roots to produce arrowroot starch.

Railroad magnate Henry Flagler, owner of the Florida East Coast Railway, recruited Luther Halland, a brother-in-law of Flagler's agents, to found a settlement south of the community of Dania. Halland and Swedish immigrant Olaf Zetterlund touted the frost-free climate and cheap land of the settlement (then named Halland, later changed to Hallandale). Halland constructed a small trading post and became the first postmaster of the small community.

By 1900, the community had slowly grown to a dozen familiesseven of Swedish, three of English, and two of African descent. In 1904 the first school was built, and the first church followed two years later. Hallandale was primarily a farming community; the beach was undeveloped and used by the residents only for recreational purposes.

Hallandale was incorporated on 14 May 1927. By that time, a thriving community of 1,500 residents, with electricity and street lights, was in place. In 1947, Hallandale was reincorporated as a city, allowing it to expand its borders through annexation of nearby unincorporated land lying adjacent to the Atlantic shore. In August 1999, the city officially changed its name to Hallandale Beach.[2]

Hurricane Katrina first made landfall between Hallandale and Aventura, Florida.

Open your eyes to something new. Your new home sits on nine acres of oceanfront property. Your ears awaken to waves lapping the sand and your eyes adjust to seagulls flying before you celebrating the sun of that day.

At that very moment you realize that something is dramatically different about your life. You are at peace. You are one with yourself. You smile knowing you are home.