This property at 9705 Collins Avenue704-N , Bal Harbour, FL33154 has listed by Mott  Marvin  Kornicki but has not been updated for quite some time. Please contact the listing agent and broker for up to date information. 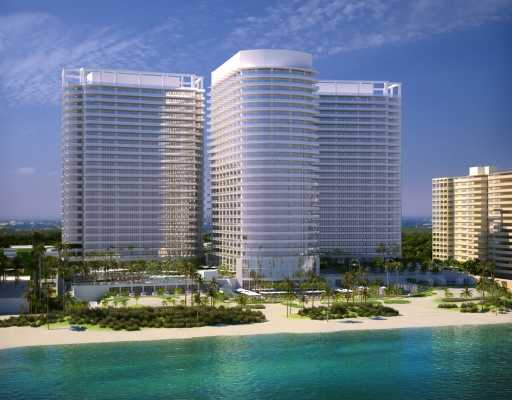 Since the 1920s, the Detroit-based Miami Beach Heights Corporation (headed by industrialists Robert C. Graham, Walter O. Briggs, and C.T. Fisher) owned 245 acres (0.99 km2) of undeveloped, partially swampy land that stretched from the bay to the Atlantic. Mr. Graham assumed the duties as the developer for Bal Harbour. In the 1930s, city planners Harland Bartholomew & Associates were called in to design the Village.
The company made several plans and they were submitted for review to Miami Beach Heights.
Bal Harbour is an small, affluent Village located between Biscayne Bay and the Atlantic Ocean in northern Miami-Dade County. It is home to Bal Harbour Shops, one of the most productive shopping venues in the world (by revenue per square foot). Bal Harbour Shops is anchored by Neiman Marcus and Saks Fifth Avenue. Other stores include Gucci, Chanel, Brioni, Tiffany's, and many other top-designer boutiques. Bal Harbour is home to a large Jewish population, though there is no temple in Bal Harbour. (There are two in neighboring Surfside.) According to recent census demographics, Bal Harbour is one of the most affluent zip codes in Florida.
Neighboring Indian Creek, Florida is the highest-income place in the US, according to the 2000 census. @WaterWayRealty
Bal Harbour is very safe, according to crime statistics provided by the Bal Harbour Police Department. There is a strong police presence in the Village, despite its small size.
There are red-light cameras at nearly every intersection.
Bal Harbour is an exclusive place to live, as prospective residents must first be vetted by strict condo association boards or home owners associations. Interestingly, it is home to the highest concentration of palm trees than anywhere else in the world.
Bal Harbour is a most luxurious and peaceful village, nestled within the high-paced, large South Florida metro area. @BalHarbourShops