This property at Oxford , Irvine, CA92612 has listed by Robin & Eric  Fenchel but has not been updated for quite some time. Please contact the listing agent and broker for up to date information. 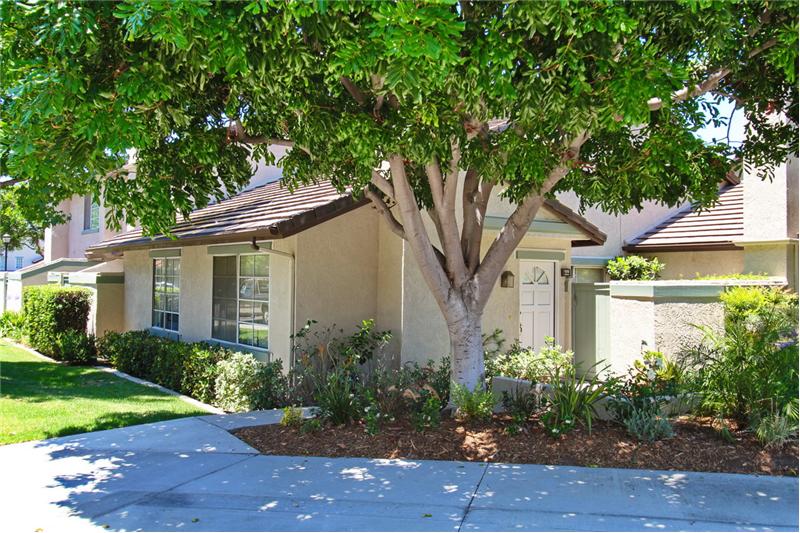 An Urban Experience Within a Suburban City

The community of Columbia Square was one of the first subdivisions created within the village of the University Town Center. It was developed beginning in 1981 across from the University of California at Irvine and, at the time, was an innovative concept in the City of Irvine's new urban community, as this intimate neighborhood offered residents the comfort and convenience of an urban lifestyle.
Close by the neighborhood's Columbia Square Park was created with swimming pool, spa, sand volleyball area, basketball court, tot lot, and picnic areas.  Later additional facilities were expanded to include Cornell Commons in which residents may access a Junior Olympic Size swimming pool, tennis courts, and a soccer field.

The Homeowners' Association is called Columbia Square Maintenance Association. Recently, the Board Members have designed an informative web site for the purpose of involving residents and future homeowners in the history, activities and future plans of the community.


Near Campus Plaza & the University Center

Located across California Street, a short distance from Columbia Square homes, there are a variety of shops and services which have evolved over the years to include, of course, a Starbucks Coffee Shop, a necessary beginning to many a people's day, restaurants offering wonderful ambiance, food, and music for a pleasant dining-out experience, along with the convenience of a supermarket, bank, and a myriad number of local retail establishments within the Campus Plaza shopping center.
A wide pedestrian promenade winds through the University Town Center, linking Columbia Square with other adjacent neighborhoods, parks, and the community's town square commercial center named the University Center

One of the reasons for moving to the community of Columbia Square is its locations within the award-winning Irvine Unified School District's Turtle Rock Elementary School, awarded a California Distinguished school in 2002 and highly sought entry for its high scores and special program for gifted children (GATE), for Rancho San Joaquin Middle School, also well rated in terms of school scores, and University High School,, consistently ranked one of the best high schools in the country, and which boasts a large number of advanced placement classes, students awarded merit scholarships, and large class admission to the top University of California schools as well as the top private colleges and universities.
In addition to great Irvine public schools, the community of Columbia Square is located in close proximity to two Montessori preschools,the University Montessori School located on the U.C. Irvine campus and the Village Montessori School located in University Park, several church-related preschools, and additional private preschools, all within a few minutes commute.

An Historical Note Regarding Columbia Square

By way of an historical or trivia note, Columbia Square was built by Donald Bren beginning in 1981, when prices for a one bedroom, one bath Abbey model started at $102,500, and interest rates for a 30 year fixed rate loan was 13 '% (and we are complaining about rising interest rates today).
We are currently witnessing prices for this model that is inching toward the $400,000 mark, while interest rates are still in the low 4% range for a 30 year fixed mortgage. At the time, back in 1981, the builder was offering buy down programs which offered 12% mortgages for the first 3 years, and market rate for the next 27 years (which was, at the time, 17%, if you can fathom that!). Loan fees at the time were 2 points + $100.
The Bren Company was also offering a no money down program where the builder would carry an "All Inclusive Trust Deed" at 13 '% interest with a three year due date with total closing costs amounting to $895.00 (not including tax impounds)! This now sounds implausible, but it is true.
Columbia Square Models

At its inception, there were four floor plans offered: Later, a fifth floor plan was added:

A one-story, one bedroom, one bath named the Abbey, which is either ground level or a carriage unit. This model is always an end unit and has a large living room with a wood or gas-burning fireplace, a spacious bedroom with a triple closet, a very open kitchen with gas appliances and a breakfast bar, a large formal dining area and doors out to either a patio (downstairs) or private enclosed balcony (upstairs). The Abbey comes with a two-space covered carport.

A one-story, two bedroom, one bath named the Bedford, which is also either ground level or a carriage unit.  This model is always an end unit and has a very spacious master bedroom with a triple closet, an ample size secondary bedroom, a large living room with a wood or gas-burning fireplace, a open kitchen with doors out to a spacious patio (downstairs) or private enclosed balcony (upstairs) and a large formal dining area. The Bedford comes with a two-space covered carport.

A two-story, two bedroom, one and three half baths model called the Chatham has a large living room with a fireplace and a formal dining area with doors out to a large, private enclosed patio area. The spacious kitchen has lots of cabinetry, gas appliances, a pantry, and a breakfast bar.  There are two ample size bedroom upstairs with a full bath and on either side each has its own private half bath. There is a guest (1/2) bath downstairs. The Chatham comes with a two-space covered carport and may be either an interior or an end unit.

A two-story, two bedroom, two and one-half bath model called the Dover has two large master suites upstairs, each with its own full, private bath. There is a guest (1/2) bath downstairs. The kitchen is huge with gas appliances, lots of cabinetry and a large breakfast bar. There is a large living room with a wood or gas burning fireplace and a formal dining area with doors out to a large, private enclosed patio area. The Dover model comes with a two-space covered carport and may be either an interior or an end unit.

Another model was later added which is also a one-story, two bedroom, one bath model, although configured differently, named the Esher. This model is always an end unit and has a living room with a fireplace, a dining area, and a kitchen with gas appliances. The master bedroom has a walk-in closet, and there is an ample size secondary bedroom. The Esher model comes with a two-space covered carport.

Columbia Square: An Eclectic Environment in A Serene Setting
All the Columbia Square condos and town homes come with a 2-space covered carport (even the one bedroom model), and many of them are situated on Columbia Square park or wide greenbelts, or quiet interior streets.
Because they were built back in the early '80s, the area is lush with greenery, mature trees, and flowering bushes that offer a quiet respite to the hustle-bustle of today's active lifestyle. Here you will find singles, roommates, college-age students, young families, and seniors living and enjoying the wonderful urban environment that Columbia Square has to offer its residents.
Indeed, many people envision Columbia Square as a haven for one age group only, i.e., college students. However, look beyond the surface and one will discover that there are many seniors living in the neighborhood who enjoy the youthful, eclectic environment that the University Town Center has to offer.
On many occasion, you will find young and old carrying (or pushing in shopping carts) groceries from the local Albertson's supermarket in the Campus Plaza. Indeed, they have even recently put up caution signs within a few blocks of Columbia Square for motorists to slow down for the "senior citizen crossing." And, of course, there are also housing specific to seniors, i.e. the assisted living residences of Regent's Point, across the street from Columbia Square, at Harvard and California, and the Renaissance Inn at the Park, located a few blocks away at 10 Marquette, across from the University Center.

Also located across the street on Harvard, bordering Culver Drive and University Drive is William R. Mason Regional Park, well-known for its gathering of friends and family for the festive, annual celebration in the spring of the Persian New Year. Indeed, the regional park is host to many a company and family picnic, as well as kite and model plane flying, model boat racing, jogging, biking, strolling or just plain relaxing around the duck pond.

A few blocks toward the U. C. Irvine campus, one can see ones favorite art movie at the Edwards University Town Center in the University Center, or attend a live concert, dance program, or other venue at the Irvine Barclay Theatre. If exercising is your passion, but you prefer the indoors, there is a 24-hour Family Fitness center also located in the University Center to burn off those excess calories you put on eating an In-and-Out Burger close by.

For those who enjoy a longer bike ride, jog, or stroll, one can pick up the trail from Harvard and University Drive along the Santa Ana river bed that will take you all along the Upper Newport Ecological Reserve where you will see an amazing array of migratory birds, as well as an occasional, coyote or raccoon, and flora and fauna native to the area. This trail, if taken its length, will lead you past the U.C. Irvine crew clubhouse and toward the Newport Dunes where you can dine in a restaurant overlooking the bay or rent a kayak or rowboat for a fun-filled boating excursion. The Friends of the Newport Bay often host tours on the weekends throughout the year, if you would prefer something a bit more educational, and, of course, there are various charity marathons and walks in which you can participate that utilize these trails at different times of the year.

As a resident, one is also close to major business and commercial centers and major shopping centers, such as the Irvine Business District, South Coast Plaza, and Fashion Island, as well as being in close proximity to freeway access (the 405, the 5, and the 55 Freeways, as well as the 73 and the 133 Toll Roads. John Wayne Airport,(Orange County Airport) is within a ten minute drive, and the Upper Newport Ecological Reserve, is a bike ride, jog, stroll, skateboard, or short drive from all the communities within the University Town Center.

Robin: Specializing in Columbia Square Since 1986

In sum, the community of Columbia Square within the greater University Town Center has much to offer. If Robin can further elaborate on anything contained herein or if you have any questions regarding the neighborhood of Columbia Square, or any of the other neighborhoods within the University Town Center including Cambridge Court, Princeton Town Homes, or Oxford Court, please do not hesitate to e-mail Robin.


Robin has been assisting buyers and sellers within the University Town Center's community of Columbia Square since 1986.
Eric has been involved in the financial, business and investment side since 1979.
Together Robin and Eric have raised two children in the local school district, and are actively involved in the community. Please feel free to e-mail Robin with any questions regarding real estate. Robin and Eric Fenchel would be delighted to assist in any way possible your move to the community of Columbia Square or any of the four neighborhoods in and around the University of California at Irvine.