This property at 305 East 72nd Street14 D , New York, NY10022 has listed by David  Okada but has not been updated for quite some time. Please contact the listing agent and broker for up to date information. 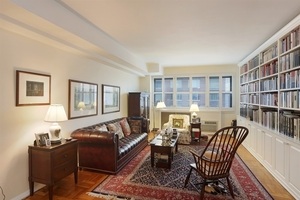 Lovely traditional, south-facing full one bedroom at The Charing Cross House on one of the most desirable blocks on the Upper East Side. Renovated kitchen and bath, custom shutters in the living room and city windows throughout. Bright, spacious living room with dining area, hardwood floors and ample closet space. The Charing Cross House is a full-service cooperative with an elegant marble lobby, renovated hallways, full-time doorman, fully equipped fitness room, bike room, laundry facilities and live-in super. Pets and pied-a-terres are allowed. Roof deck can be enjoyed during the warm months

The Upper East Side is known for being New York’spossibly the country'smost elegant residential neighborhood, with streets near Park and Fifth Avenues conveying the hushed ambiance of the privileged and powerful. The majority of apartment buildings here were built between the turn of the century and the 1930s. Central Park, on the western border of this area, makes a world-class front yardwith its zoo, tennis courts, formal gardens, bridle paths, running tracks and reservoir. Madison Avenuepossibly the world’s most famous retail address and famed center of the advertising industry in the mid-20th centuryentices shoppers with boutiques like Chanel, Prada, Tiffany and fashion mecca Barney's New York, and a more commercial strip runs through the southeast corner, anchored by Bloomingdale’s at 59th Street and Lexington/Third Avenues.